The trial autonomous shuttle bus will operate along Wharf Road between the Watt Street and Nobbys Beach roundabouts on weekdays between 10am and 2pm, providing a useful connection for locals to go to points of interest and connect to the public transport network.

A chaperone will always be on board to monitor the environment, the vehicle performance and provide information to passengers. The driverless shuttle has undergone rigorous safety planning and testing to operate on public roads, Keolis Downer points out. The shuttle will operate along Wharf Road at around 20km per hour.

Measures will be in place throughout the trial to limit the spread of coronavirus and ensure the safety of customers, including additional cleaning across the day, automatic doors and a maximum of 3 customers onboard the 11-seater vehicle. 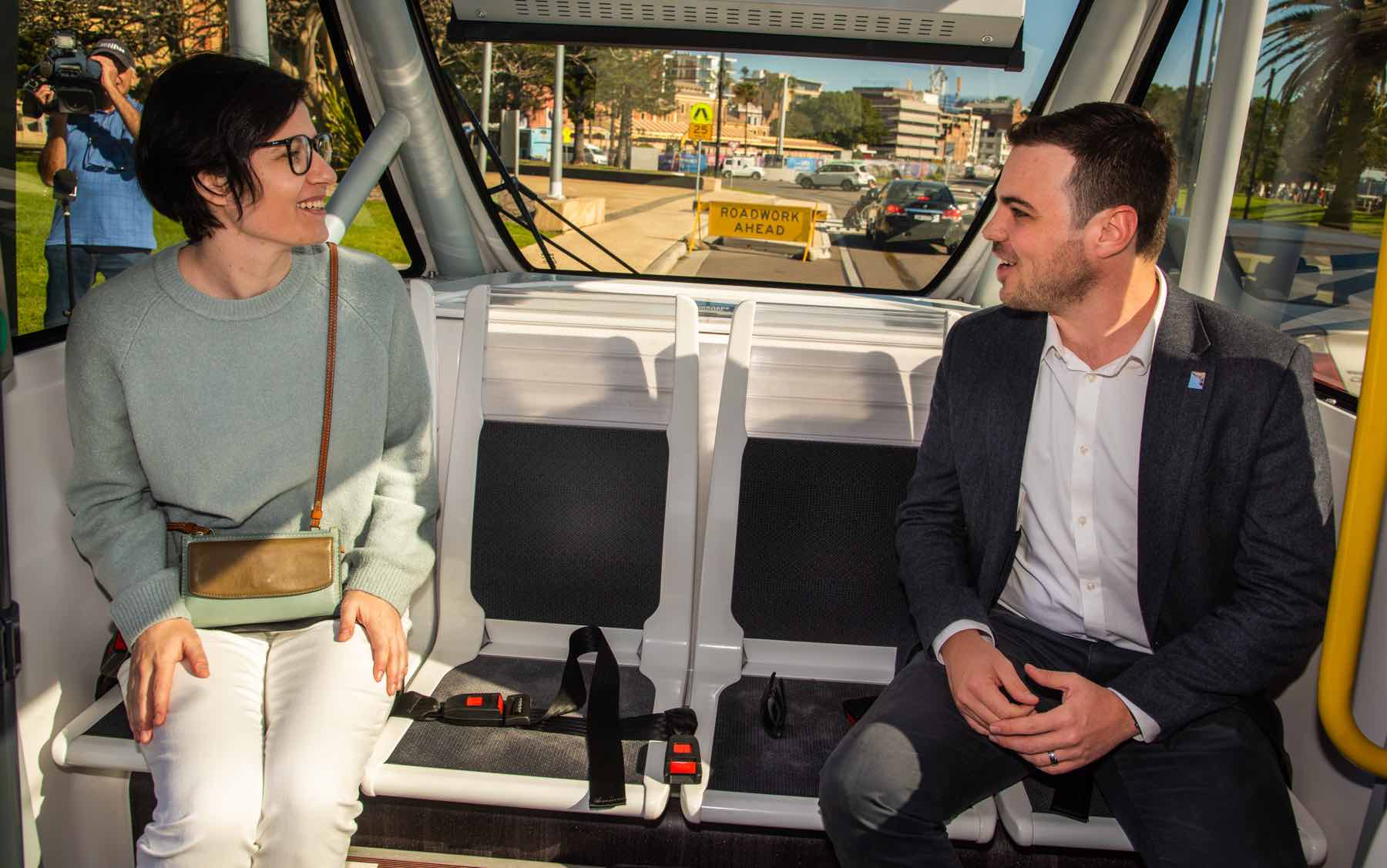 Driverless shuttle in a multimodal network, for Keolis Downer

As mentioned above, the trial is being funded through a $5 million grant won by the City of Newcastle in Federal Government’s Smart Cities and Suburbs Program.

Keolis Downer CEO, David Franks, says: “Through Keolis, we have been operating driverless shuttles since 2016 in Lyon, France. The shuttle is now an integral part of the multimodal network. We are keen to accelerate the deployment of this technology in Australia, and better understand the role autonomous shuttles can play in people’s door to door journeys”.