The MAN TGX Individual Lion S took first place in the current cab comparison test of the trade magazine FERNFAHRER. The editors evaluated numerous criteria such as storage space, seats, steering wheel, safety and comfort. In their verdict, the editors emphasised various refinements of the winner from Munich - such as the spacious centre square or the multifunctional control unit for the rear area. They attest to the MAN driver's cab's "clever fusion of tradition and modernity" and a "very special charm".

“We are very pleased with the first place for our MAN TGX Individual Lion S in the driver cab comparison test conducted by the trade magazine FERNFAHRER,” says Friedrich Baumann, Member of the Executive Board for Sales & Customer Solutions at MAN Truck & Bus SE. “Our focus is consistently on ensuring that drivers feel comfortable in their job, which is so important for all of us. That’s why we asked for their practical expertise when developing our new truck generation and have consistently incorporated it.”

The trade magazine FERNFAHRER tested four long-distance vehicles in terms of cabin comfort and driver friendliness. They judged the largest long-distance cab from MAN as well as the three market competitors DAF, Mercedes and Scania in the top equipment. MAN sent its top model, the MAN TGX-18.640 (640 hp) Individual Lion S, into the race. The test results were published in FERNFAHRER 10/2022: MAN took first place with 460.5 out of 500 maximum points, which were awarded in various criteria.

“True size is not only measured in the number of centimetres from the front to the rear or the interior volume of the cab,” the testers write in their verdict. “Quality of operation and coherence of the interior design, driving comfort as well as the long bar of today’s safety and assistance systems: All this adds up to a comprehensive truck interior in which everything should mesh as well as possible.” 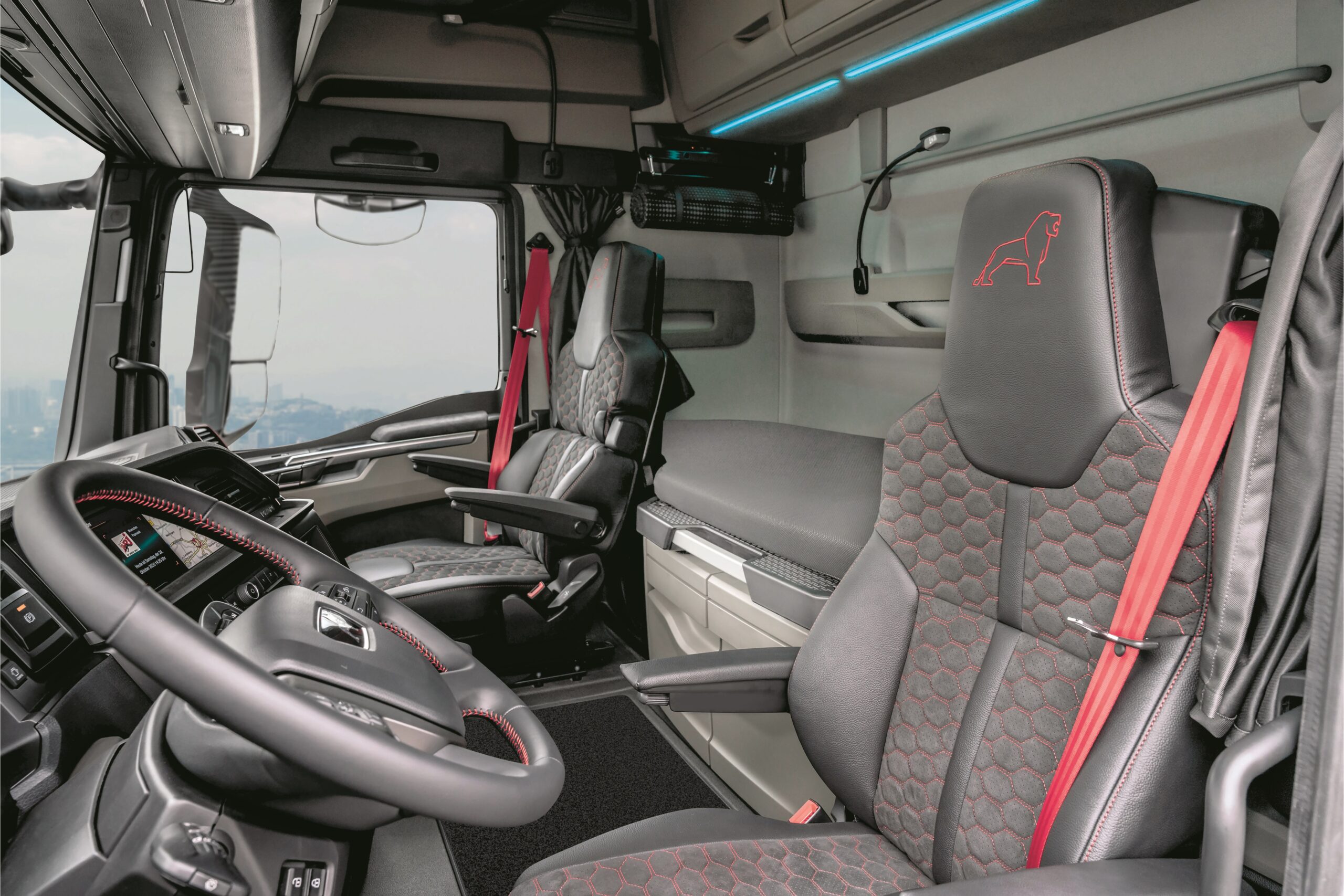 And here the MAN TGX Individual Lion S with its wide and high GX cab was the most convincing. The jury praised the attractiveness of the new MAN truck generation. The top equipment of the test model was particularly appealing: “A feast for the eyes inside and out”. Among other things, the easy entry and the interior with various storage compartments were highlighted. The centre square and the space above it were considered spacious. The rear wall module impressed with its capacity of around 470 litres and its permanently installed set of microwave and coffee maker. The testers also praised the two available 230 V sockets. In their assessment, the testers also highlighted the control module in the sleeping area, which, in addition to the usual comfort applications, also allows the control of on-board computer functions from the couch. The extra bar for the four switches in the lower area of the driver’s door and the steering wheel, which can be raised completely horizontally when the MAN TGX is parked, also attracted positive attention. The intuitive operation of digital and analogue functions was also praised by the testers.

In the overall ranking, the MAN TGX Individual Lion S is thus ahead in the test of the very large cabs. The conclusion of the specialist editors: “With the TGX, MAN shows that a careful, clever fusion of tradition and modernity can develop a very special charm.