The electric buses will be built in Britain at Alexander Dennis’s factory in Scarborough, North Yorkshire and are due to operate in Wigan and Bolton, where bus franchising will be rolled out on 17 September 2023, ahead of other parts of Greater Manchester following in 2024 and 2025.

The Alexander Dennis zero-emission buses will be the first to bear the branding of the new Bee Network – Greater Manchester’s bold ambition for a fully integrated, London-style integrated transport system comprising buses, trams, walking and cycling, and eventually trains. The distinctive black and yellow design was unveiled by Greater Manchester Mayor Andy Burnham.

The 50 new buses will be funded from the government’s City Region Sustainable Transport Settlement, with around 300 more electric buses to be delivered from 2024 through to 2027.

Alexander Dennis President & Managing Director, Paul Davies, said: “We are delighted to have been chosen by Transport for Greater Manchester as supplier for the first tranche of zero-emission buses for the new Bee Network. We look forward to playing our part in transforming bus services in Wigan and Bolton with these iconic buses, which will be built in the North of England at our factory in Scarborough and supported locally from our AD24 aftermarket hub in Skelmersdale. 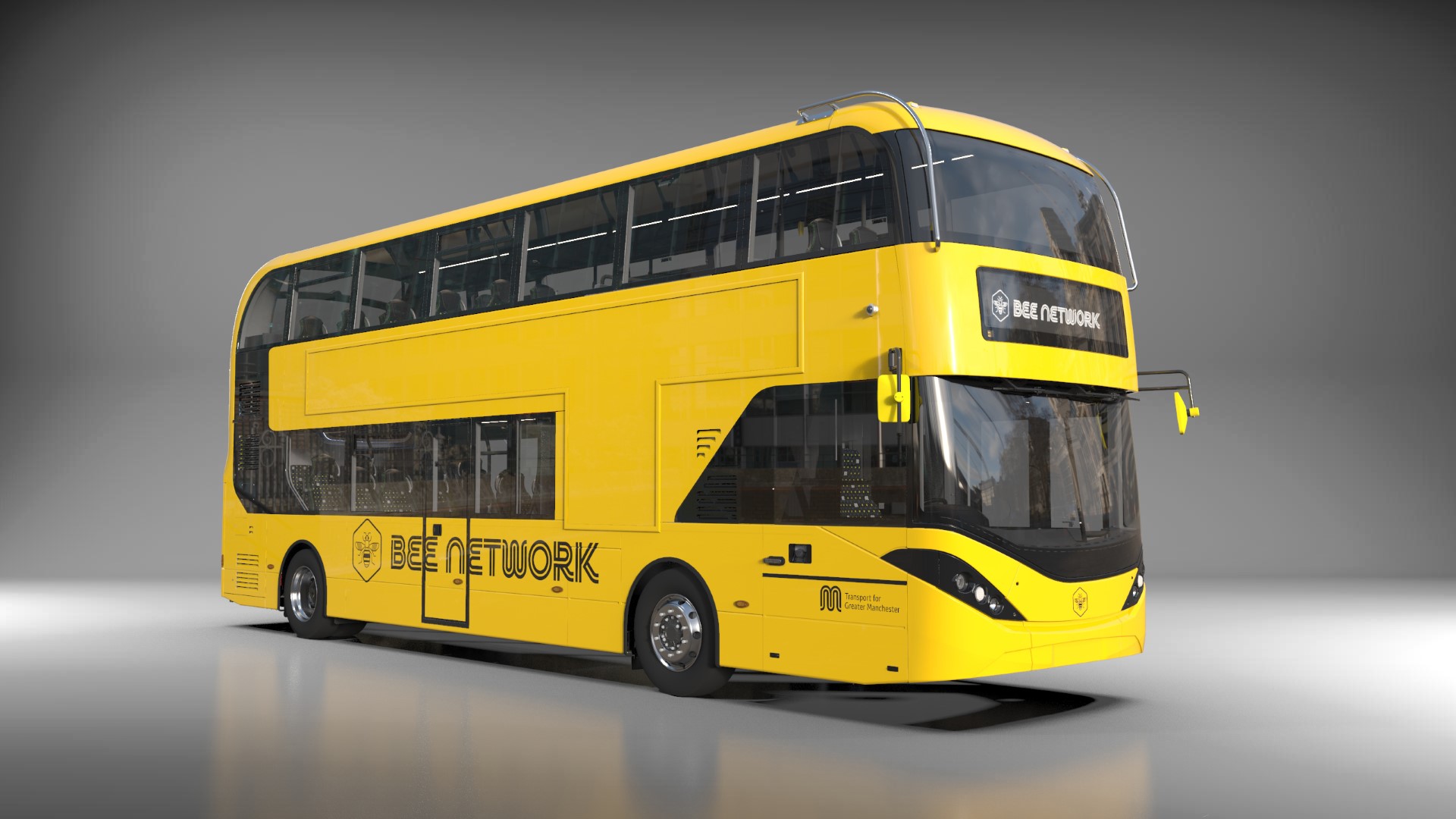 “Choosing Alexander Dennis shows Transport for Greater Manchester and the Mayor’s commitment to building buses locally in the United Kingdom, for which we are grateful. The new livery will inspire pride in Manchester’s Bee Network and the improvements it will deliver for the region.”

Mayor of Greater Manchester, Andy Burnham, said: “The countdown to bringing buses back under local control for the first time in 36 years is well and truly on. With the order placed for our first 50 new electric buses and strong interest from operators who want to run the first franchised services a year from now, the Bee Network is gathering real momentum. “I am also delighted to unveil a sneak peek of what the Bee Network is going to look like. We’re building on Manchester’s symbolic bee and Metrolink colours – both of which are synonymous with our city-region – to deliver something modern and iconic that reflects the first-class transport network it will become.”