The Austrian metropolis of Vienna is now an even better place to live: The Wiener Linien transport company has ordered 60 Mercedes-Benz eCitaro vehicles. Low-floor buses with zero local emissions will be delivered from next year until 2025.

By the end of 2025, Wiener Linien will convert nine of its more than 100 routes to operation with the all-electric eCitaro. The approximately twelve-meter long solo vehicles are truly impressive with their latest generation of lithium-ion batteries (NMC 3). The battery capacity of 392 kWh each ensures a long operating range. Current collectors (technical term: pantograph) also enable rapid charging at up to 300 kW and in this way increase the range and operating times.

Extensive tests were conducted before the order was placed. For example, as early as June 2021, passengers were able to use the all-electric Mercedes-Benz eCitaro G articulated bus free of charge for two weeks during practice runs on three routes.

Changing to environmentally friendly propulsion technologies also requires the development of infrastructure adapted to technical and operational requirements. The Wiener Linien will build a new e-competence center in its former bus parking lot at Siebenhirten in the south of the Austrian capital by the end of 2023. This shall accommodate around 50 e-buses. The buses will be charged, maintained and repaired there. For example, a photovoltaic system on the roof will supply electricity and the waste heat from the chargers will be used to heat the workshop building.

The bus workshop in Vienna’s Spetterbrücke will also be equipped with charging infrastructure, and three rapid charging stations will be constructed along the routes. Existing substations for the streetcar and subway networks shall also be used to supply the charging stations with energy. Wiener Linien obtains 100 percent of its electricity from renewable energy sources. 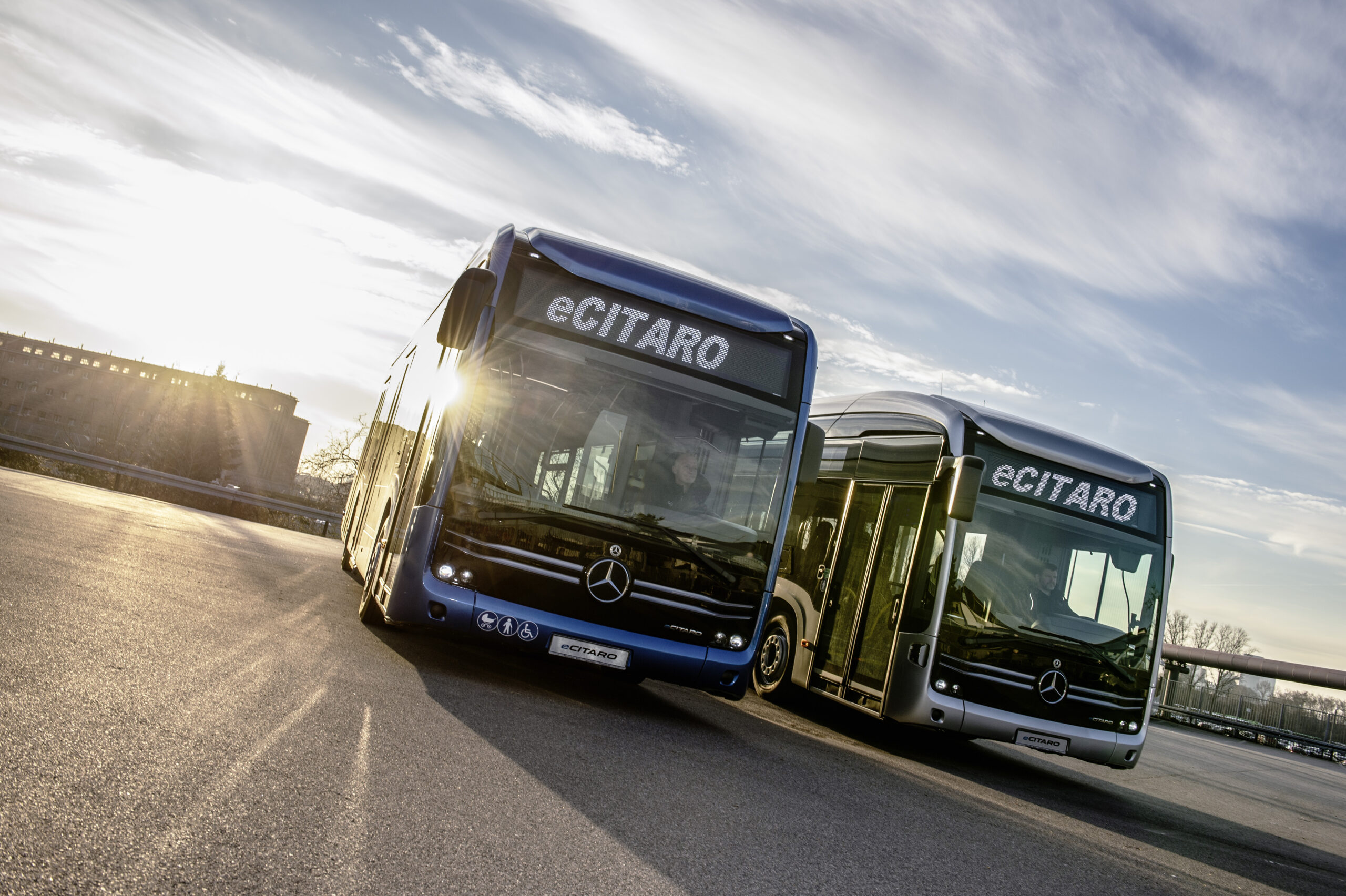 Wiener Linien is a subsidiary of Wiener Stadtwerke GmbH. It builds and operates the subway, bus, and streetcar networks in the Austrian capital and ensures that almost two million passengers reach their destinations quickly, safely and comfortably every day. The 127 bus routes with a combined route length of around 850 kilometers and 4230 stops account for a significant proportion of this.

Wiener Linien recently completed the renewal of the bus fleet comprising around 400 vehicles at the end of 2019. As a result, Wiener Linien was able to reduce the energy consumption of its bus fleet by a good third between 2014 and 2020, even though the range of service was expanded by six percent during this time. The backbone of the fleet is formed by the low-emission Mercedes-Benz Citaro and the large-capacity CapaCity bus derived from it in accordance with the Euro VI emission standard. Among them was the 50,000th Citaro bus built as an anniversary bus. Now comes the next step: From 2023, all-electric buses will be seen increasingly on the road in Vienna, and numerous complete routes will gradually be converted to electric city buses.